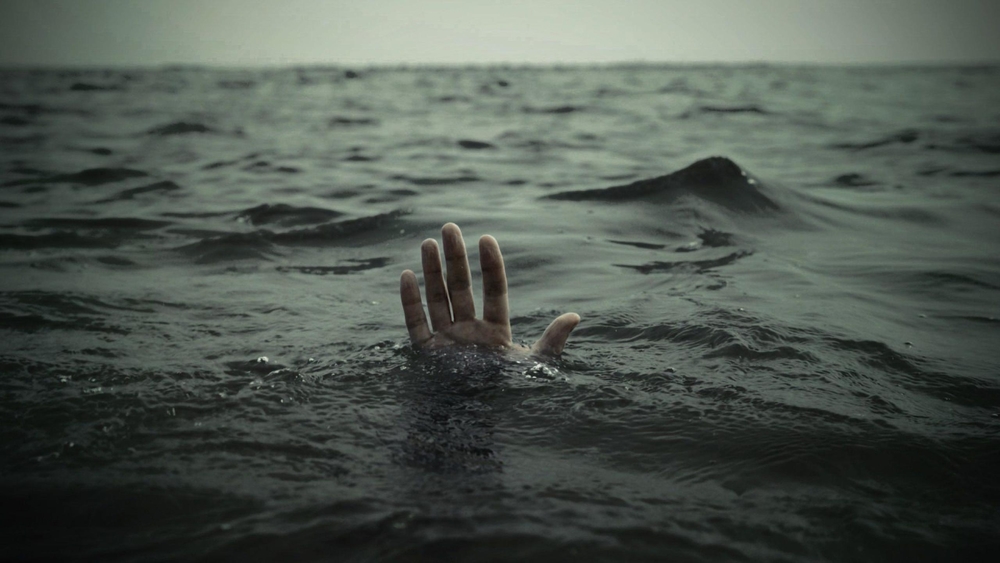 Want to listen as you read? Go to the podcast and hit play. Then just follow along.

Like the rest of the world, I heard a few days ago about the passing of Anthony Bourdain. It is always troubling when a beloved personality passes away, but a special sense of untimely loss is felt when the cause is suicide as it was with Chef Bourdain. I knew of him only vaguely as a “chef on TV,” but I have watched a remarkable number of tributes flow past on both public and social media.

All this has put the Holy Ass into a frame of mind to try to articulate something that has been rattling around in his soul for a number of years on the topic of suicide. I want to say up front that nothing here is intended to delegitimize all the wonderful and true things being said about Chef Bourdain or anyone else who has lost their battle with this demon. His passing has only been the occasion for the crystallization of some disconnected thoughts and experiences on my part, and my hope is as always that it may be of some help to someone else.

Welcome to The Homilies of St. Asinus, the recycled saint.

A number of years ago when I endured my ten month depression, I knew it was just a matter of time before everything fell apart. I’ve talked elsewhere about this foreboding prescience and the sense of helpless inevitability that comes with it. In the throes of this I realized that to die now, even by my own hand, would be to exit the world with a positive legacy. Everyone would remember me for all the good I had done and even feel a tragic pathos about the unknown battle I’d waged and lost. On the other hand if I endured, I would eventually be vilified for all the horrible choices I’d made in the midst of that despair. It was a sort of Catch-22. On two distinct occasions I looked that dark specter of suicide right in the eyes, and the only thing that pulled me back was the vision of my children fatherless.

As foreseen, months later, it all came to pass. Everything did fall apart, and not even my worst imaginings could foresee how horrible that big reveal would be or how great the losses. But I endured them, I went on. So did my wife, so did my family. We didn’t give up.

About a year later I received word that a member of a church we had been part of earlier in life had committed suicide without warning. That old group of friends got back together for an evening of reflection, shared memories, and mutual support in the face of the loss. We’d shared a lot with this group of people over the years, so we went.

I sat in that living room listening to the wonderful reflections of this young man’s life—all the bittersweet memories, affirmations of his admirable qualities, expressions of how important he’d been to everyone, and how much he’d be missed. It was exactly the sort of evening that people need in order to start the healing process.

But it was also one of the most discouraging moments of my whole journey. I confess to my shame that all I could manage to think was “lucky him.” Now I don’t know what demons he struggled with or the darkness in which he walked, but in the wake of my grief over my own losses, I actually found myself envying the dead. He was being remembered fondly, and it seemed to me that had I done the same, these same people would’ve been sitting around in a living room remembering all the good things I had done in life. As it was, since I had not, since I had chosen to live and continue to confront my demons—since I had lived long enough for my darkest moments to become public conversation, people all over my city now looked on me as a leper and a reprobate. “Yes,” I thought, “it would have been better if I had gone out on the high.” And if I had still been in the grips of my depression, it may have been sufficient to push me back toward that cliff. As it was it merely curdled my soul toward that circle of relationships, like a food in which you’ve overindulged and now can’t stand the thought of. The association it involuntarily formed in my soul has left me unable to be back in that setting without having to swallow my gorge.

The saddest part is, of course, these people had done nothing wrong. They had done what comes natural to grieving people—they came together and shared it. And I knew even then that mine were horrid thoughts—selfish, uncharitable, unfair. I do not defend them. I merely describe them so to make plain how complicated and diverse our responses to suicide can be. Our praise of the dead can easily and unintentionally become an insult to the living.

Our praise of the dead can easily and unintentionally become an insult to the living.

With fear and trembling, I think maybe I am trying to do just that—divert attention a bit.

But do not misunderstand me. I do not intend to shame any person who has ended their life. Not at all. I do not wish to bring back the days when those who suicided were refused burial in the church graveyard (although Chesterton has made me understand why the practice once existed, and I do not judge our forbearers for consistently promoting the idea that taking one’s life is a great evil…even the greatest [1]).

But I do want us to recognize that, as hard as it may be to take one’s life (and it is harder than you might think), it is often just as hard to go on living. Harder in some ways because nobody praises you for doing it. No one gathers together in a living room in praise of the person who chose not to kill themselves, who chose to keep fighting.

And therein lies the nub of these reflections. The lesson here is not to cease mourning and reflecting on the life of a person who suicides. No, that is both just to the deceased and therapeutic for the survivors. Don’t stop doing what you naturally do. Rather, I invite you to add two additional perspectives to these instincts.

First, next time someone you deeply respect falls from their pedestal in some horrific scandal, pause in the midst of your righteous indignation to remember that you only know about it because they chose to keep living. Whatever their sins may have been, and however great, had they chosen to end their struggle at some earlier stage of the battle, you would remember them very differently. Don’t believe me? What would Bill Cosby’s legacy have been had he ended his own life 15 years ago? Conversely, the worst mistakes of Anthony Bourdain, Kate Spade, or Robin Williams will hardly be remembered because we do not wish to speak ill of the dead. Is it any wonder that people sometimes see suicide as a solution to their problems? We’ve taught them to do so. So allow the knowledge of our own fickleness to temper your judgement with mercy.

Second, whenever you find yourself in a position to mourn the loss of someone who’s taken their own life, do so and also let it remind you to look more closely at the living who surround you every day at the office, in your neighborhood, under your own roof. Pay attention. Perhaps there is someone near to you who is contemplating the same awful choice. Praise of the dead is natural and right, but it cannot profit them in any way. Those who need praise are still with us, and they are listening. We must not even by accident give them the impression that they too would be better off dead.

Praise of the dead is natural and right, but it cannot profit them in any way. Those who need praise are still with us, and they are listening.

So think of all the lovely things you would say about them if they were no longer here…and then say it to them now. They are for the moment still fighting the fight, and your words could make the difference. Even though harsh and often painful, Life is a precious thing and not to be thrown away. Let us continually remind one another of that beauty. Let us seek it, celebrate it, share it, especially with those who are having trouble finding it on their own.

We’ll see you next time at The Homilies of St. Asinus, reflections of a recycled saint.

If you’d like to talk about your journey, get in touch with the Saintly Mule through Facebook or by email at homiliesofstasinus@gmail.com, or leave a comment. He’d love to hear from you. May the peace of Christ be with you.

This site uses Akismet to reduce spam. Learn how your comment data is processed.