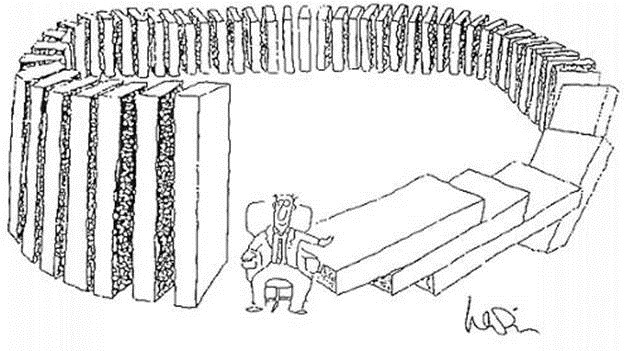 Want to listen as you read? Hit play and just follow along.

If I’ve said it once, I’ve said it a dozen times: You get to pick your choices. You don’t get to pick your consequences. They’re going to be what they will be, and no amount of raging, grieving, or bartering will change that. When my story went public in the most depressing and dramatically inaccurate ways, I was shocked by the surreal directions of the fallout. Suddenly strangers I met on the street thought they knew more about me than I did. And the hardest part was dealing with the suspicion that the horrid things they said about me might not after all…be true.

Welcome to Jilted by St. Asinus

A month later I showed up for my appointment at the barbershop where I’d been getting my haircut for 3 years, except this time Joanne met me at the door. “I’m sorry. I can’t cut your hair.” I stood on the sidewalk with one eyebrow cocked. “The management knows what you did and they won’t let any of the girls here cut your hair anymore.” Well, to this day I don’t know if that’s the truth or if she just didn’t want to cut my hair anymore and made up the story as cover. I don’t fault or blame Joanne. The things the media said were as horrible as they were distorted. But that’s the point. If you’ve made a choice that’s blown up your life and public reputation, then what comes with that is a loss of control over your own story. You are no longer in a position to dictate what people think of you.

Now a moments reflection will make clear that this was always the case. We never have any real control over what people think of us. “Some of the people, some of the time…” as Jacque Abaddie said. No amount of suave or carefully managed PR or selective social media splashing can save your reputation from a single negative word from a source people like or trust more. And nobody it seems actually has any control over Google searches. The only thing of real importance that has changed here is that the truth of your situation has become unavoidably clear to you. Now anything the makes us more aware of our real circumstances is always in the end a friend, but what is ultimately for our good seldom feels good. Eating less sugar is ultimately for our good, but is certainly less pleasurable than a dish of ice cream.

The real question for you now is, not how to I rehabilitate my public image, but what place in the new person I must now become will my public image have? How important will what others think be to me? My guess is that it will now have to play a much smaller role than it has heretofore. This may be one of those things that you must release. A death which must be mourned and laid aside. And the reason is a very simple one.

If you make restoring your public image the thing you aim at, you will without fail cut corners to get there, and “while you may fool some of the people some of the time…” you will not really be the person you are trying to present. You will only be a marketed representation of a fictitious self.

If you allow concern for your public image to die, you will then be in the position to look deeply within and actually change tiny bits of your soul.

Whereas, if you allow concern for your public image to die, you will then be in the position to look deeply within and actually change tiny bits of your soul. You have the opportunity, not to appear different, but actually become different. I admit this is the harder journey. It takes longer, and the outcome is much less predictable. You will discover that you are suddenly open to being changed in directions that you did not anticipate, and may not like. Places you did not know were even deficient will suddenly find themselves in the crosshairs. God, family, friends, even your enemies will now become a source of information about your central person. You will no longer be able to glide over the small faults in your efforts to hide your great ones.

Don’t misunderstand, this new person you will become is not a repudiation of the person you were. I still like the person I was before my trouble. In some ways I liked him better. He was a more conscientious, more dedicated, more visionary, a more interesting person than the one I have become, but he was also very troubled. He was consumed with his image and his destiny. He spent far too much of his energy…being afraid.

As I say this, the county is tearing up the main road at the end of our street. They have ripped off the black top and, instead of just laying down new asphalt and fixing the thing that was bothering us—a cracked up road—they are now digging down a dozen feet with backhoes and making a royal mess of the whole street. See, the engineers know something that we mere drivers do not. Just putting new blacktop down will not fix what’s really wrong—the fact that rainwater has no place to go. So they are engaged in the messier, deeper, more time consuming work of digging down and replacing the old and cracked drainage tiles. This is much less attractive work than just laying new road, and no driver would ever think to demand it, but it is the more important work, and it can only be done while the road is torn up.

We’re much the same way—we can’t reach the deep things that need fixing until the surface concerns have been torn away—often painfully. Having one’s image publicly shredded is horrible, and no one would choose it, but it does present you with a choice—an opportunity. Are you going to just lay new road over the old one, or are you going to take this opportunity when the road is already torn up, to dig down and fix the deeper issues? You may never get another chance to dredge so deep, and you’ll never be more aware of the need than now.

Are you going to just lay new road over the old one, or are you going to take this opportunity when the road is already torn up, to dig down and fix the deeper issues?

Oh, and if you’re wondering whether I ever get my haircut? Yes, I did. I booked an appointment under my pen name at another location of the same company, and ended up with Emily, who’s been cutting my hair ever since and doesn’t care about my backstory because I’m a good tipper. And incidentally, she’s far better than Joanna ever was. So keep that in mind. Maintaining a good public reputation may be hard, but finding a good reliable haircut…well, that’s nearly impossible. You never can tell but that some kinds of blessings only grow out of ashes.

This has been Jilted by St. Asinus.

If you’d like to drop the saintly ass a note to let him know how you’re doing, please look him up on Facebook, or if you’d like to support the production of these little essays, please visit his Patreon page. We’ll see you next time at the Homilies of St. Asinus, reflections of a recycled saint.