Rest, America, Just Rest! – Or How I Learned to Stop Worrying and Love the Bug 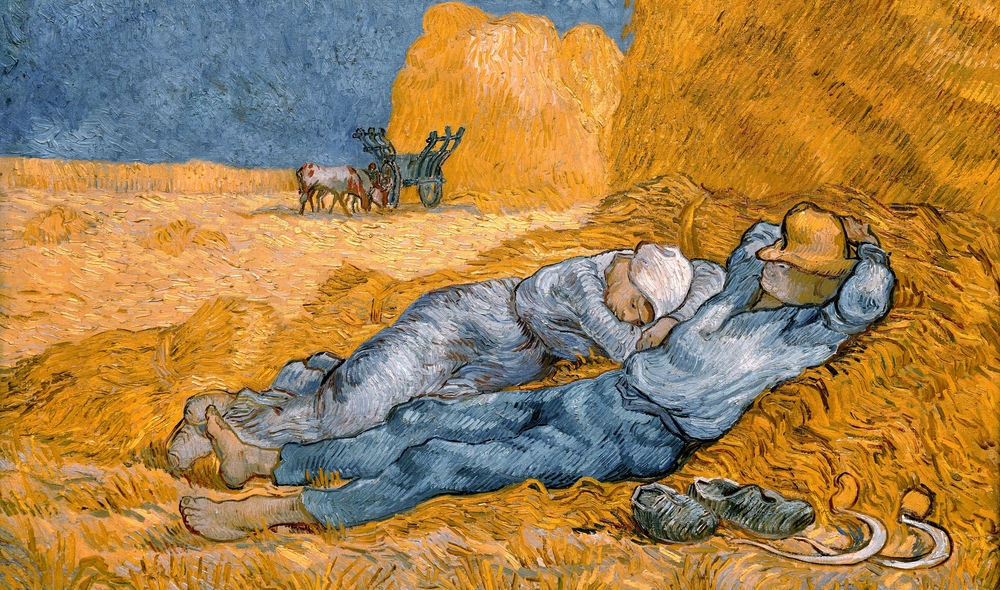 In the face of all the anxiety over the Covid-19 virus, I going to tell you a story that will, I hope, change your perspective on the isolation that is overwhelming the country. Hang with me. The meaning will be clear before I’m done.

Years ago, I was a pastor and university professor, who, during a 10 month battle with clinical depression, had a consensual emotional affair with someone who wasn’t my wife, got charged with invasion of privacy, was publicly shamed, and lost my career, public reputation, and very nearly my life to suicide. Now I know that, rather than read this, you’d rather have all the salacious details about that story. Well, I’ve told it elsewhere, even in a really wonderful book that you can read as soon as I find a publisher brave enough to print it.

I mention it because it’s the barely-sufficient backdrop for this story. See, my wife and family stuck with me, we healed, and the depression broke. For the past seven years or so, I’ve been doing the hard work of rebuilding all the things I knocked over, specifically trying to restore relationships with the communities and people I hurt.

To that end, last fall I had a reconciliatory meeting with the church congregation I had betrayed. It was nauseatingly hard. I had to sit in front of them on a Sunday evening, tell my story, express sorrow over the hurt I caused, and then (at my request) allow them to tell me all the things they had a right to say to me back then, but couldn’t. It turned out to be a beautiful moment. They embraced me and my family, and we are worshiping there again as a family. If you know anything about how churches work, that doesn’t happen very often.

As soon as that was done, however, I felt pricked to do something similar with my old university – A harder task because it’s a larger more diverse institution. I approached my former Dean and to my surprise, he too thought it was needed. So in February, I did almost the same thing with my old university colleagues. I sat uncomfortably in front of them, confessed my folly, asked their forgiveness, and let them say to me whatever they felt they needed to. Again, I was warmly and literally embraced by the whole department. Even the university president attended, gave me a hug afterward, and told me how meaningful the whole interaction had been.

Nothing self-congratulatory here. Remember, the only reason it happened was because I’d been a complete ass at an earlier stage. I was only doing what I thought was right by the people I’d hurt.

Unexpectedly, the following week witnessed the prognostications of a new depression – something that hadn’t bothered me in eight years. I felt like a failure. My life – once so large and influential – was small and meaningless. Raising kids is important, I concede, but I didn’t earn a Ph.D. to make PBJ. I found myself getting the kids off to school and my wife off to work, then going back to bed and sleeping until it was time to pick them up. No one wanted or needed me for anything, so why not? Bed was comfy. Sleep felt great. But I was heavy with guilt and shame about it. “Here I go again,” I thought. Got me another prescription of antidepressants – something I hadn’t needed in seven years. They only made me more tired and slightly nauseated all the time. I was a wreck. All I wanted to do was sleep and mourn, but I hardly knew what for.

My wife, worried of course, put a bee in the bonnet of my pastor, who took me out to coffee and ferreted out my condition. He observed that it all started roughly after meeting with the university. Why, he wondered? I chewed on it, discussed it with my wife and had one of the most profound epiphanies of my life.

My first depression – the one that ruined my life – was about hot angry passion. It was all internal froth, warfare, screaming into my motorcycle helmet at 80 mph, my life’s blood dripping from the swords of my enemies sort of thing. It was in astrological terms Martial – under the sign of bellicose Mars.

This depression was Saturnine. It was old, ponderous, heavy, quiet. Silent like the grave. Yes, it was exactly like the long sleep of death. I was not angry, afraid, or sad. I was simply tired. Bone-achingly tired of the whole world. I just wanted to sleep.

My wife put it all together. “You didn’t sleep for 10 months as it all unraveled, and you’ve been carrying all that guilt and shame around with you for years. Now you’ve done all that you can reasonably do to repair it. You’ve met with all the people you hurt, asked for and received forgiveness. There’s literally nothing left for you to do with this thing. Maybe God is just giving you back all the rest you lost over the years.”

The penny dropped with the force of a thunderclap. Was this really depression or something greater – a divine gift? Perhaps all this sleep was not a curse, but a restoration. It was exactly like death – the sort of death that paves the way to resurrection. Even Jesus of Nazareth rested three days in the tomb.

Even Jesus of Nazareth rested three days in the tomb.

We both realized that this was “just an interpretation,” but isn’t most of life just trying to find interpretations we can live with? But it completely inverted my view of the situation. It made sleep a good to be reveled in. It filled it with the revitalization and healing that sleep is supposed to have. I was finally experiencing true rest at the end of an exhausting journey.

The next day I got back in bed after the kids were on the bus with a clear conscience. I embraced sleep. I luxuriated in it. While the wretched world around me fretted over a dark shadow rising in the east, I snuggled under blankets in what I now thought of as a precious uniquely personal gift from my Heavenly Father.

About three days later, I realized I’d gone through my whole day without a nap… and hadn’t missed it. I wasn’t even tired. I resumed life and was the richer for having embraced the defeat rather than fought it to the point of exhaustion.

America, you’ve spent your days fighting and worrying over so much. You’ve fretted over who’s crazier – the far right or the far left. You’ve picketed and protested over guns, babies, genders, and climate change. You’ve railed at people you don’t know on Facebook over the cost of education, income inequality, foreign wars, half-time shows, and the color of dresses. We’ve wearied ourselves with shouting our grievances at one another until incivility and boorishness have become civic responsibilities.

…and suddenly, it’s all gone. It’s all quiet. There are no marches to join, no rallies to support, no noise of outrage in the streets. We’ve all been thrown back upon the resources of our own souls. We’ve been forced… to rest.

So the question of meaning – of “interpretation” – now presents itself: Is this a curse or a gift?

Once each of us has fulfilled our part of the social contract by social distancing, cancelling parties, and sharing toilet paper with our neighbors who didn’t get to the store in time, there isn’t much any of us can do but watch it go down.

We wait with growing anxiety in our homes for whatever is going to come next. And with just cause – some of us now have uncertain employment, finances, educations, futures. Some of us are even at mortal risk. I don’t want to downplay any of those true concerns. But again, what more can we do once we’ve done all we ought?

What more can we do once we’ve done all we ought?

So America, embrace the rest. Covid-19 may be an evil, but it is not an evil that cannot be turned to our flourishing if we will embrace it as a gift. So hug your kids, call your parents, share with your neighbors, read good literature, rake leaves, walk in the woods, make a baby… take a nap.

What hope does evil have if we insist on using its fearful mutterings for good? What harm can it truly do to a people who’ve laid anxiety aside and, instead, just gone back to bed?

So America, lean into your isolation. Rest. Not only might it keep you from getting sick… it may very well be your salvation.